Thoughts and updates on everything CMA 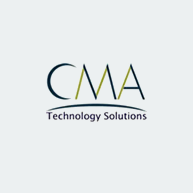 Are you familiar with the hurricane-prone Gulf Coast in the U.S.? Have you traveled down South for a business trip or a vacation? Have you watched hurricane footage on the Weather Channel? If you answered yes to any of these questions, then you might understand how suddenly a tropical southern storm can turn into a vicious category five hurricane. 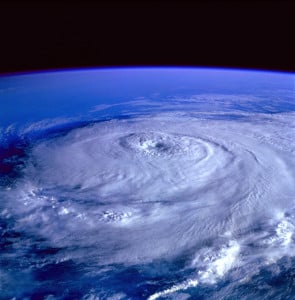 Hurricanes gain speed and strength just before they make landfall, leaving residents and businesses near the coast vulnerable to worst-case scenarios, such as damaging floods and winds, with no electricity for weeks, or even months. Residents prepare themselves and protect their homes during hurricane season by nailing wooden boards to windows, piling sand bags against doors, stockpiling canned food and bottled water to wait out the storm, or evacuating to safer distances.

Companies are starting to follow suit, except they’re replacing the boards and sand bags with stringent disaster recovery (DR) measures to protect their computing environments and data centers from permanent damage. If a company’s primary server is left unprotected and it fails because of a storm surge or unexpected power outage, the loss of vital data and revenue can be detrimental to the business. In addition, computer hardware, servers and storage systems are expensive investments that cannot be easily replaced, especially for smaller companies operating on a strict budget.

Unfortunately, if the appropriate steps are not taken to protect a company’s vital assets, hurricanes are a serious threat that some businesses do not recover from easily, if at all.

One of our beloved Gulf Coast customers, New Orleans Cold Storage, is featured in an eye-opening story in this month’s Power Systems edition of IBM Systems Magazine. The featured article, written by senior journalist Jim Utsler, explains how the New Orleans-based company survived several threatening hurricanes, before finally saving its business and gaining peace of mind with a FastCloud for Power iand DR solution.

New Orleans Cold Storage (NOCS) is a frozen-food way station that offers more than 12 million cubic feet of refrigerated storage, blast-freezing and transportation and logistics services. NOCS, with an “Always Accountable” attitude, must maintain continuous refrigeration at all hours to keep customers happy. Currently, custom-coded RPG applications are running on a remotely hosted IBM Power System i 720 server, which all four of NOCS’ locations rely on for daily operations and data access.

Years ago, before the Power 720 was brought into the picture, NOCS had no real IT department. Their previous IBM Power Systems server was housed in NOCS’ accounting department at one of the New Orleans locations, where the extent of their maintenance activities included physical tape swaps and the occasional password change. CMA Technology Solutions provided programming support for NOCS until the outdated server could no longer support the latest version of IBM i.

In 2005 Hurricane Katrina hit with ferocious tenacity, and NOCS was forced to evacuate immediately. Upon returning post-Katrina, NOCS learned that the first floor of its New Orleans facility was completely flooded. Thankfully, the Power server, housed on the second floor of the facility, had remarkably stayed dry and unharmed, but it couldn’t run due to an electricity outage. This was problematic, as all four warehouses heavily relied on this one, main server in New Orleans.

Operations at NOCS’ other locations (not affected by Hurricane Katrina) were on hold, and could not continue until the server was powered up. That’s when a handful of dedicated NOCS’ employees traveled by boat to successfully rescue the server from dreadful, rising waters. Then, the box was re-located to the comptroller’s house in Mississippi, where CMA supplied communications lines and networking resources so NOCS could continue doing business.Mississippi became the server’s new home for nearly a year, as this was the safest and most convenient location for tape swapping maintenance.

Eventually, the server was moved back to NOCS’ headquarters in New Orleans, where it later encountered Hurricane Isaac in 2012. Yet again, electricity was lost and NOCS was forced to put all business operations on hold for a week. If another hurricane or emergency happened, their plan was to just evacuate the server to Mississippi, again. NOCS was lucky and recovered the first two times, but desperately needed to find a more effective DR solution.

Richard Holtzclaw was hired in 2010 as NOCS’ one-man IT
department to oversee the network and Windows environments at one of the New Orleans facilities. Holtzclaw soon realized the aging server was not up-to-date, nor located in a safe place. Without a legitimate DR plan, NOCS’ waterfront location proved too close for comfort.

“Everything made perfect sense, because it meant we didn’t have to worry about any system maintenance, including updates, patches or even licensing issues,” Holtzclaw said. “We wouldn’t have to worry about purchasing a new system knowing at some point down the road we’d only have to upgrade it, yet again. The new system is much faster than the old one, even though it’s located well away from our headquarters and other locations.”

“So, what started out as a disaster recovery effort ultimately led to money savings—and a lot of peace of mind,” Holtzclaw said. “I don’t have to physically worry about the Power Systems server anymore. It’s well protected and very safe.”

Companies located near the Gulf Coast might want to follow NOCS example and move their computing off-site to be hosted by a reliable third-party. As NOCS story shows, finding a reliable disaster recovery and cloud hosting solution could be the difference between saving and losing your business.