The First National Bank of Jeanerette is a small community bank that provides the same services to their customers as larger banks, except with additional benefits. The bank employees give their customers the special feeling of knowing everybody by remembering their customers’ names and getting to know them. It’s truly a neighborhood bank, one that establishes genuine relationships with its customers to keep them coming back.

The bank was experiencing unnecessary down time coupled with repeated power outages in IT departments. This forced bank tellers to operate at a slow pace in the lobby and caused the most trouble for online banking customers as checking their accounts became a major inconvenience. Customers who checked their bank accounts online were experiencing problems with incorrect balances and transactions, as well as a lag-time between updates. The customers’ “available and current balance” connected directly to the banks old servers, which were faulty and not capable of maintaining a strong and reliable infrastructure. Consequently, customers were drawn away from internet banking because of the many problems with the servers. The bank was not operating at its full potential and therefore, customer satisfaction and bank operations suffered greatly.

The branch was already using the free version of VMware on two standalone HP Servers. VMware vEssentials Plus was installed on the two existing servers and their storage was replaced with an IBM DS3500 storage system, providing a highly available cluster for Intel resources. A Sphinx device was put in place to serve as a backup device for the IBM iSeries & Windows environments – the result was an all-in-one solution with one location and one storage device, which would copy it to a tape and then replicate the data off-site. The bank network was entirely replaced with a new Brocade switching infrastructure. The new technology re-vamped everything from the ground up and allowed the bank to severely improve the services that were already offered.

The bank can focus on their customers while relying on a highly available system that requires little maintenance.

Customer satisfaction has highly increased with the implementation of this new technology. Amanda Harden, IT Manager, says that now their community bank actually functions like a larger bank and offers similar, if not higher-caliber services. After implementation of the product, there was a significant decrease in down time with internet banking operations, and debit card transactions were more efficient and accurate. Customers noticed improved transaction times and up-to-date online balances, and employees noticed faster processing speeds at the teller windows. Evening processing time decreased tremendously; it used to take the employees 4-5 hours to close the bank now it takes a mere 45 minutes. Harden explains that the new technology “freed up the IT department and allowed them to be proactive rather than reactive all the time. The loss of connectivity used to waste a lot of time and now they can use that time proactively and efficiently.” Harden continues by saying she was “completely satisfied with the solution that CMA provided. It was top-of-the-line service and CMA did a wonderful job of making the servers, wiring, and switches very accessible for maintenance and troubleshooting. Aesthetics may not seem as important as other measurable improvements that CMA provided for the bank, but the way everything was laid out and designed helped our IT Department remain efficient in responding to inevitable hardware issues, without affecting employee productivity or customer service.” 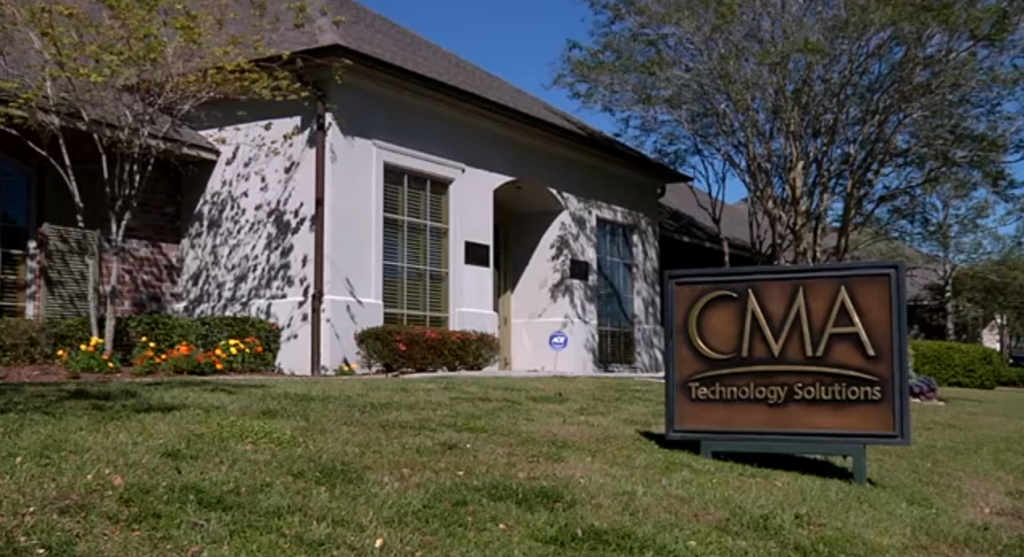 Are you ready to improve your business? Get Started Today!
CMA Menu